What's the difference between A/B testing, multivariate testing, and AI?

Depending on your goals and digital maturity, you may need to use a different testing method to get the results you’re looking for. Understanding the difference between A/B testing, multivariate testing, and AI is a great first step to advancing your digital strategy. 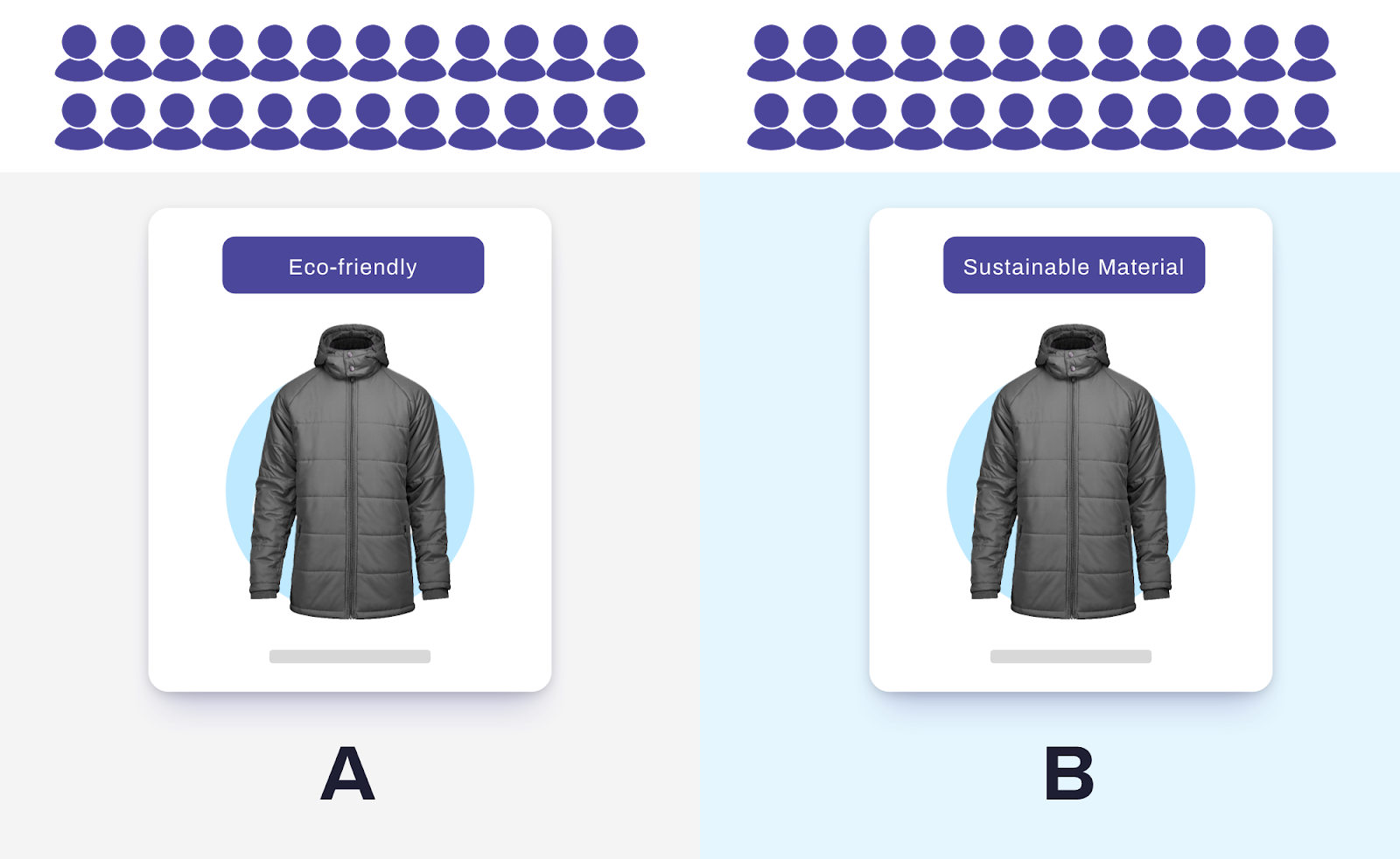 A/B testing is when one variant is tested against a second variant or a control group. The number of “participants” in each group is equally distributed.

In this case, there are two equal groups that will be exposed to another variation of the experiment. For example, Group A might see “Eco-friendly”, while Group B sees “Sustainable Material”.

A/B testing has its place in the digital environment, especially for page optimization. In many cases, you might just want to learn whether a message is effective at driving behavior or not. At these times, there’s no need to go for a more complex option.

You can A/B test your badges with Crobox’s Custom Badging. This is especially useful for short-term campaigns or always true messages you want to promote to your shoppers. For example, you can test a campaign message of your choice (e.g., “Black Friday Deal”) against a control group where no message is shown to measure the performance of the message. The distribution of traffic can be easily adjusted in the campaign settings. 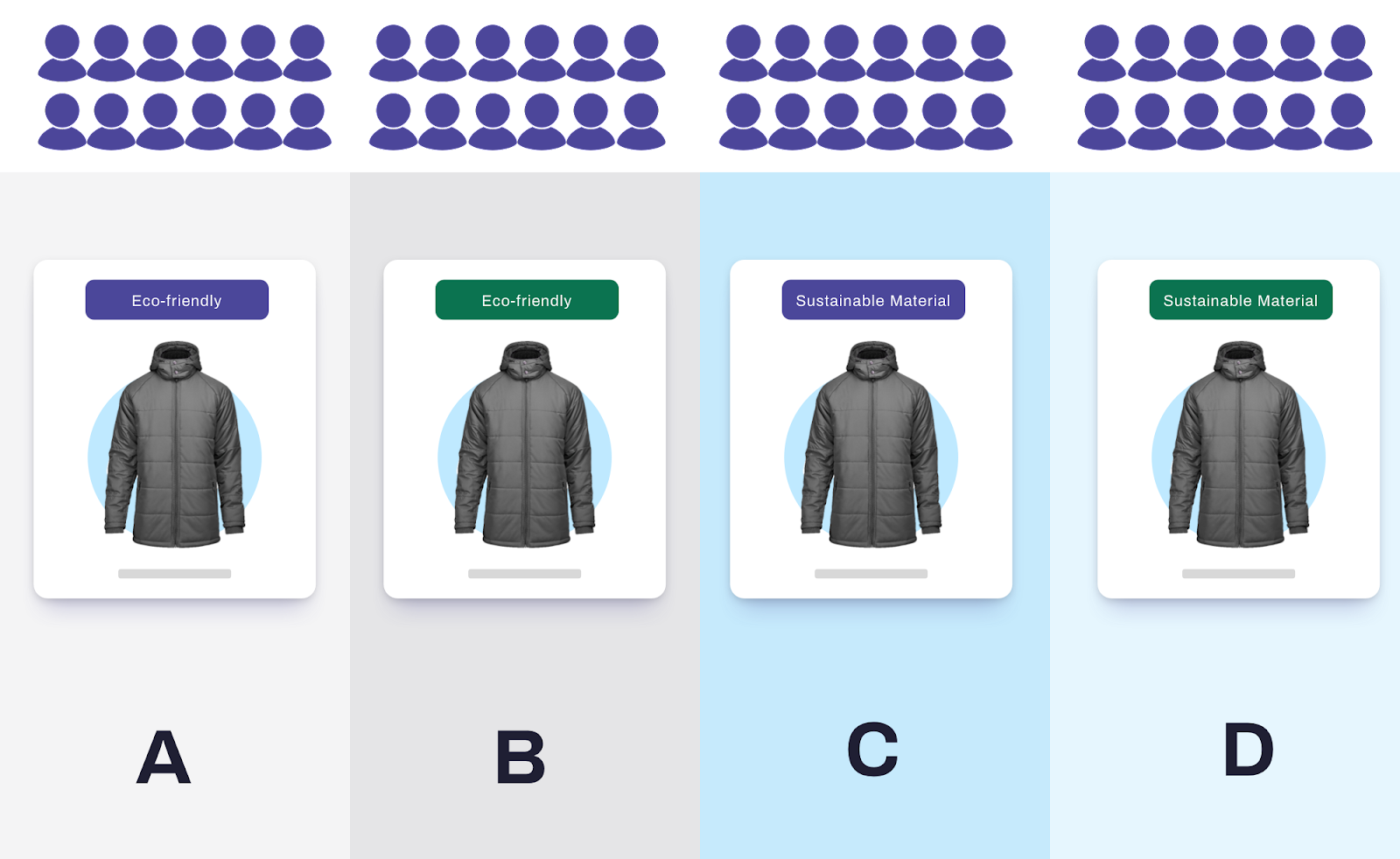 When you test multiple variants against each other at the same time, this is multivariate testing. It uses a similar core concept as A/B testing, only compares more variables whilst revealing more information about the relationships between those variables. The purpose of multivariate testing is to measure the effectiveness of each combination of variables on the end goal.

For example, using the same example as above, you can test the combination of message and badge color to understand what drives the most impact. Multivariate testing can be used on as many variables as you want as long as the data (e.g., traffic volume) is large enough. 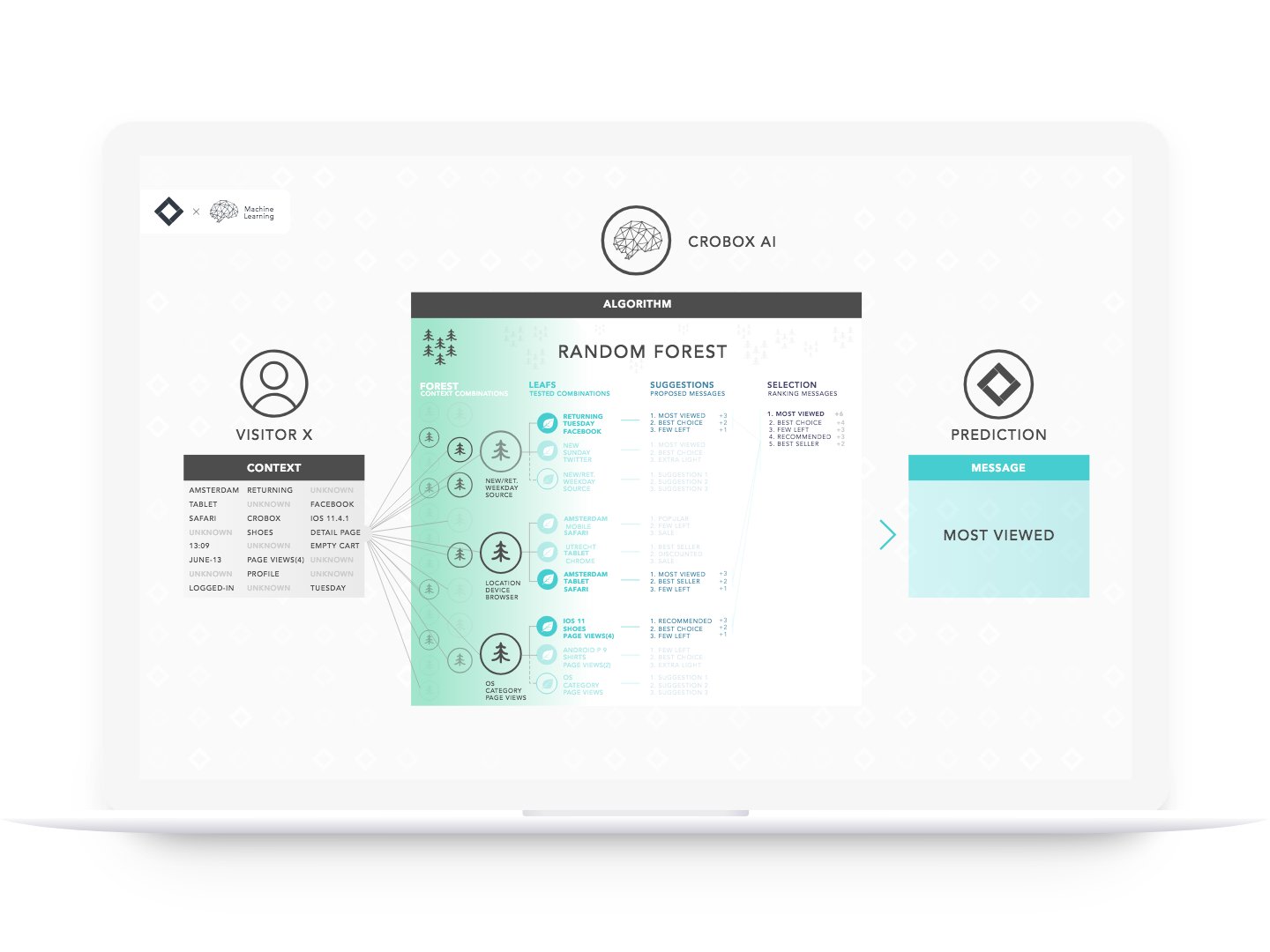 AI is used to describe machines that are taught a set of rules to autonomously predict patterns. The intelligence AI generates is thus considered “artificial” because it is based on predetermined rules and input from a human. AI is made up of knowledge and machine learning. Knowledge is the information being “fed” to the system and machine learning being the algorithms used to register patterns within the knowledge.

For eCommerce testing, AI uses machine learning algorithms that learn from previous webshop visitors to make its predictions. For example, given the example above. AI selects the product to display a “Sustainable” or “Eco-friendly” badge based on the shopper it’s being shown to, as it will predict which products a shopper would be interested in. It will also select the message variation and color based on the knowledge it has gained with previous shoppers.

Our technology leverages AI for our Dynamic Messaging. This ensures we can serve the optimal message at the right time on the right product.  Read the Crobox AI for more about how we use it.